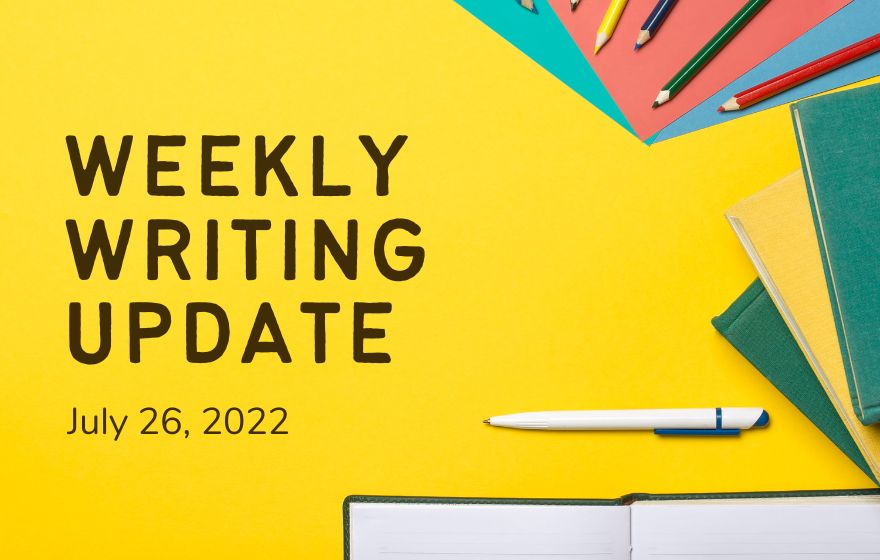 The month of July was supposed to be the peak of my writing output for the year. Not necessarily in terms of quality—that comes slowly over time (hopefully)—but in the raw quantity of words written. For a little back story, I am often very busy. I’m a dad, and I run a small consulting company, teach composition at two local universities, and run a podcast. So most weeks require me to jump through several invisible hoops to find time to write, often in the earliest hours of the morning, on the precipice of consciousness, or at the end of the day when my brain would rather be doom scrolling Reddit posts. I love to write, but it can feel like another tick on my to-do list when it’s jammed into a 30-40 minute block within an otherwise packed schedule.

But summers are different. School is out, children’s activities slow to a crawl, clients are frequently on vacation, and deadlines become more flexible. With all of this in mind, I had high hopes for July. I was going to write a LOT and get a serious jump start on Act 2 of my work in progress, which is currently languishing in the early parts of the sagging middle. Then I got COVID.

Statistically, you have probably also had COVID at this point, and I hope it was mild and didn’t inconvenience you too much. In my case, I was severely sick for about three days, a minor hiccup in the grand scheme of things, but the trailing brain fog and slow rebound meant that, by the time I was back on my feet, I was a full two weeks behind on contract work, which meant a gnarly schedule the last two weeks. I’m straying into self-pity, which is not the purpose of this post, but I wanted to provide some background on my mindset as August approaches because it’s been frustrating from a writing perspective.

But something interesting happened after taking the better part of two weeks off from writing. First, I was legitimately excited to return to it, which is a nice feeling. Writing can be a grueling sport sometimes, especially when it’s unclear what direction a new story is headed. Second, though, and much more interesting, was that I brought a half dozen new ideas when I returned to work this past weekend. I hadn’t written these down. Honestly, I wasn’t even aware they existed. I sat down to write and realized that my main character, who up until four days ago was a disaffected twenty-something in the marketing industry (only slightly autobiographical), needed something else. An hour later, he was reborn, poorer, funnier, and far more interesting than the overworked cube-dweller he started as.

I don’t know if this direction will work. I haven’t written it yet. But I can tell you I’m more excited about the project than I was at the end of June, and that alone is worth the time off. The moral of the story is? Sometimes being busy with other stuff, sick, or just plain distracted can serve a story (and mental health as a writer) well. As long as it doesn’t lead to an extended absence from the keyboard, it’s worth taking a bit of time now and then to let ideas percolate upstairs. I’ll try to remember this the next time I feel the grind set in.